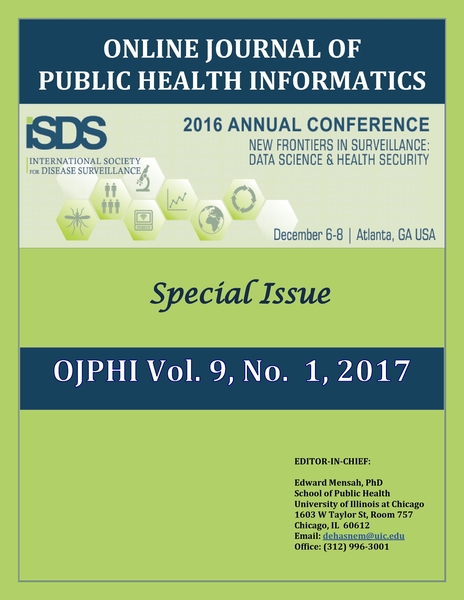 Objective
Here we use novel methods of phylogenetic transmission graph
analysis to reconstruct the geographic spread of MERS-CoV.
We compare these results to those derived from text mining and
visualization of the World Health Organization’s (WHO) Disease
Outbreak News.
Introduction
MERS-CoV was discovered in 2012 in the Middle East and human
cases around the world have been carefully reported by the WHO.
MERS-CoV virus is a novel betacoronavirus closely related to a virus
(NeoCov) hosted by a bat, Neoromicia capensis. MERS-CoV infects
humans and camels. In 2015, MERS-CoV spread from the Middle
East to South Korea which sustained an outbreak. Thus, it is clear
that the virus can spread among humans in areas in which camels are
not husbanded.
Methods
Phylogenetic analyses
We calculated a phylogenetic tree from 100 genomic sequences
of MERS-CoV hosted by humans and camels using NeoCov as the
outgroup. In order to evaluate the relative order and significance of
geographic places in spread of the virus, we generated a transmission
graph (Figure 1) based on methods described in 1.
The graph indicates places as nodes and transmission events as
edges. Transmission direction and frequency are depicted with
directed and weighted edges. Betweenness centrality, represented
by node size, measures the number of shortest paths from all nodes
to others that pass through the corresponding node. Places with
high betweenness represent key hubs for the spread of the disease.
In contrast, smaller nodes at the periphery of the network are less
important for the spread of the disease.
Web scraping and mapping
Due to the journalistic style of the WHO data, it had to be structured
such that mapping software can ingest the data. We used Import.io to
build the API. We provided the software a sample page, selected the
data that is pertinent, then provided a list of all URLs for the software.
We used Tableau to map the information both geographically and
temporally.
Results
Geographic spread of Mers-CoV based on transmissions identified
in phylogenetic data
Most important among the places in the MERS-CoV epidemic
is Saudi Arabia as measured by the betweenness metric applied to
a changes in place mapped to a phylogenetic tree. In figure 1, the
circle representing Saudi Arabia is slightly larger compared to other
location indicating its high importance in the epidemic. Saudi Arabia
is the source of virus for Jordan, England, Qatar, South Korea, UAE,
Indiana, and Egypt. The United Arab Emirates has a bidirectional
connection with Saudi Arabia indicating the virus has spread
between the two countries. The United Arab Emirates also has high
betweenness. The United Arab Emirates is between Saudi Arabia and
Oman and Between Saudi Arabia and France. South Korea, and Qatar
have mild betweeness. South Korea is between Saudi Arabia and
China. Qatar is between Saudi Arabia and Florida. Other locations
(Jordan, England, Indiana, and Egypt) have low betweenness as they
have no outbound connections.
Visualization of geographical transmissions in WHO Data
Certain articles include the infected individuals’ countries of
origin. ln constrast, many reports are in a lean format that includes a
single paragraph that only summarizes the total number of cases for
that country. If we build the API in a manner that recognizes features
in the detailed reports, we can generate a map that draws lines from
origin to reporting country and create visualizations. However, since
only some of the articles contain this extra information, mapping in
this manner will miss many of the cases that are reported in the lean
format.
Conclusions
Our goal is to develop methods for understanding syndromic
and pathogen genetic data on the spread of diseases. Drawing
parallels between the transmissions events in the WHO data and the
genetic data has shown to be challenging. Analyses of the genetic
information can be used to imply a transmission pathway but it is
hard to find epidemiological data in the public domain to corroborate
the transmission pathway. There are rare cases in the WHO data that
include travel history (e.g. “The patient is from Riyadh and flew to the
UK”). We conclude that epidemiological data combined with genetic
data and metadata have strong potential to understand the geographic
progression of an infectious disease. However, reporting standards
need to be improved where travel history does not impinge on privacy.
A transmission graph for MERS-CoV based on viral genomes and place of
isolation metadata. The direction of transmission is represented by the arrow.
The frequency of transmission is indicated by the number. The size of the nodes
indicates betweenness.
https://doi.org/10.5210/ojphi.v9i1.7581
PDF
Authors own copyright of their articles appearing in the Online Journal of Public Health Informatics. Readers may copy articles without permission of the copyright owner(s), as long as the author and OJPHI are acknowledged in the copy and the copy is used for educational, not-for-profit purposes. Share-alike: when posting copies or adaptations of the work, release the work under the same license as the original. For any other use of articles, please contact the copyright owner. The journal/publisher is not responsible for subsequent uses of the work, including uses infringing the above license. It is the author's responsibility to bring an infringement action if so desired by the author.